It is very common at Adelaide Plains Vet Surgery to be treating dogs with cruciate injuries.

The main reason cruciate disease is so commonly seen in dogs is that biochemically the stifle or knee joint is sloped so there is a lot of force placed on the cranial/anterior cruciate ligament.

There are other risk factors which increase the change of your dog damaging their cruciate ligament.

The average is 26 degrees or less. However, some dogs will have slopes in excess of 40 degrees which dramatically increases the risk of a tear occurring. An excessive slope can also affect the decision making process on the type and outcome, of the surgical repair performed.

There are many ways and techniques to repair a cruciate ligament in a dog. The most consistent and reliable outcomes are achieved with techniques that cause a levelling out of the slope of the knee.

We have found that the most satisfactory, consistent and reliable technique is the TPLO (Tibial Plateau Levelling Osteotomy). This was one of the first osteotomy (bone cutting technique) developed to treat canine cruciate disease. There have been numerous other subsequent osteotomy techniques developed, such as TTA, rapid TTA, TWO and TTO. However, after doing TTA’s for 6 years, we believe the TPLO to be a superior technique, despite it being technically a far more difficult procedure to successfully perform.

The main reason we feel that the results are better is that the measurements and calculations on how far the rotation needs to be done are far more precise. They are also very repeatable and less likely to be influenced by individual interpretations of radiographic images. 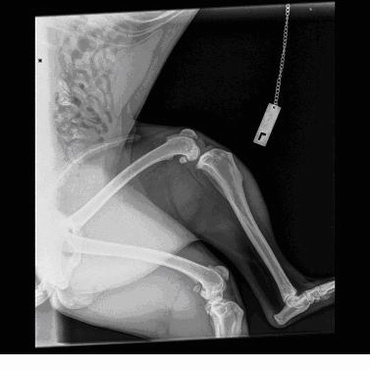 The process involves making a curved cut and rotating the bone a predetermined amount, often to a 1/2mm accuracy. The bone is then fixed in position with a specially developed strong plate that is held into place on the bone with the use of special locking screws. These screws are drilled into the bone, which screw into the holes on the plate. The result is a very rigid repair that allows the dog to use the leg quickly, while also allowing the bone to heal quickly as there is minimal movement.

Early controlled use of the leg is advantageous in helping to build up the muscle that has often wasted away from the associated pain and lack of use of the leg. This usually happens by the time a chronic cruciate injury occurs.

Call us to make an appointment

Have a Question? We Can Help